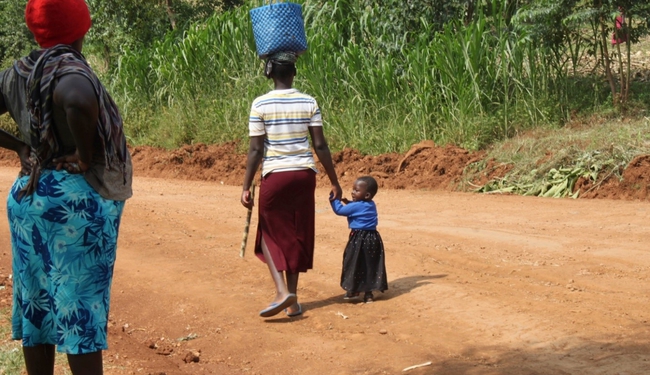 Is girls’ enrolment the chicken or the egg?

Positioning unintended pregnancy and school dropout in the discourse on learning outcomes.

Chi-Chi Undie of the Population Council tackles the question of what comes first when we want to improve girls’ learning achievement in areas where dropout rates are high.

Can we really talk about learning outcomes for girls in Kenya without addressing the glaring issue of school dropout?

Learning outcomes are undeniably important and have deservedly gained traction in the field of education in recent times. But in contexts of high rates of school dropout, what should we privilege? What should we take care of first?

We’re not doing so well with keeping girls in school, and almost nowhere is this more apparent in Kenya than in Homa Bay County in the Western part of the country. In a 2014 survey, we asked over 700 out-of-school teenage girls in Homa Bay the main reason for their not being in school, from their own perspective. For nearly 70% of out-of-school teenage girls in Homa Bay the main reason was pregnancy, and 93% of these girls described their pregnancies as unintended. This should not have come as a shock, as a third of teenage girls in this county have had children—almost twice the national rate of teenage pregnancy.

Still, unintended pregnancy should not be a primary reason for the departure of so many girls from school—at least not in Kenya: Kenya’s educational policies not only allow pregnant girls to continue with their education for as long as they want to, but also encourage such girls to return to school after having their babies. Why, then, aren’t more pregnant and parenting girls in Homa Bay County taking advantage of these policies? We talked to school principals to find out.

A policy-practice gap in schools’ response to pregnancy

In 2014, nearly 200 school principals took part in a policy dialogue meeting convened by the Population Council in collaboration with the Homa Bay County Department of Education. As it turned out, none of them had ever seen a copy of Kenya’s school re-entry policy for girls. A third had not heard of the country’s national school health policy which lets pregnant girls continue with their education.

A major set of obstacles to keeping girls in school therefore involves the lack of awareness of relevant policies among policy implementers—in this case, school principals.

This lack of awareness leads to practices that shrink the policy space, despite how broad and enabling it appears on paper. Only a third of school principals that attended the policy dialogue were aware of their designated role in supporting the school readmission process for girls, as spelt out by the school re-entry policy. Further, nearly half erroneously assumed that readmission for parenting girls should be conditional (e.g., dependent on a girl’s prior academic record or ‘good’ behaviour), rather than unconditional as indicated by policy.

Dreaming of a return to school

If we can’t keep girls in school, they will not learn, and there will be no learning outcomes to speak of. Indeed, out of the girls who cited pregnancy as their main reason for leaving school, a whopping 80% left school early—in their primary school years. Nonetheless, out-of-school teenage mothers in Homa Bay County continue to hope for, and dream of, their return to school. Nearly all of the girls we talked to in 2014 (91%) would like to return to school someday —meaning that they find the idea appealing. Nearly 80% actually intend to do so—meaning that they are putting plans in place to realize this dream. And 10% had actually returned to school after initially dropping out, but had to leave school again for various reasons.

The bottom line is that teenage mothers need our support to remain in school, or to return. We must do more to ensure that this happens.

UNESCO’s International Institute for Educational Planning contends that “students’ learning outcomes are unlikely to be improved without a strategic plan for reaching that goal.” In Homa Bay County and much of East Africa, such a strategic plan must include policy awareness-raising among stakeholders, and policy implementation monitoring and support, to ensure that we give vulnerable girls the education they deserve.

The work described in this blog post was made possible by support from the Partnership to Strengthen Innovation and Practice in Secondary Education (PSIPSE), and by the Strengthening Evidence for Programming on Unintended Pregnancy (STEP UP) Research Programme Consortium, funded by the UK Department for International Development.

What we learn about girls’ education from interventions that do not focus on girls
Retaining girls in lower secondary schools and increasing their learning outcomes in Somali and Gambella Regional States of Ethiopia. Project brief
Mothers, teachers, peers, and the gender gap in early math achievement
END_OF_DOCUMENT_TOKEN_TO_BE_REPLACED

END_OF_DOCUMENT_TOKEN_TO_BE_REPLACED

Senior Associate and Country Director at the Population Council, Kenya