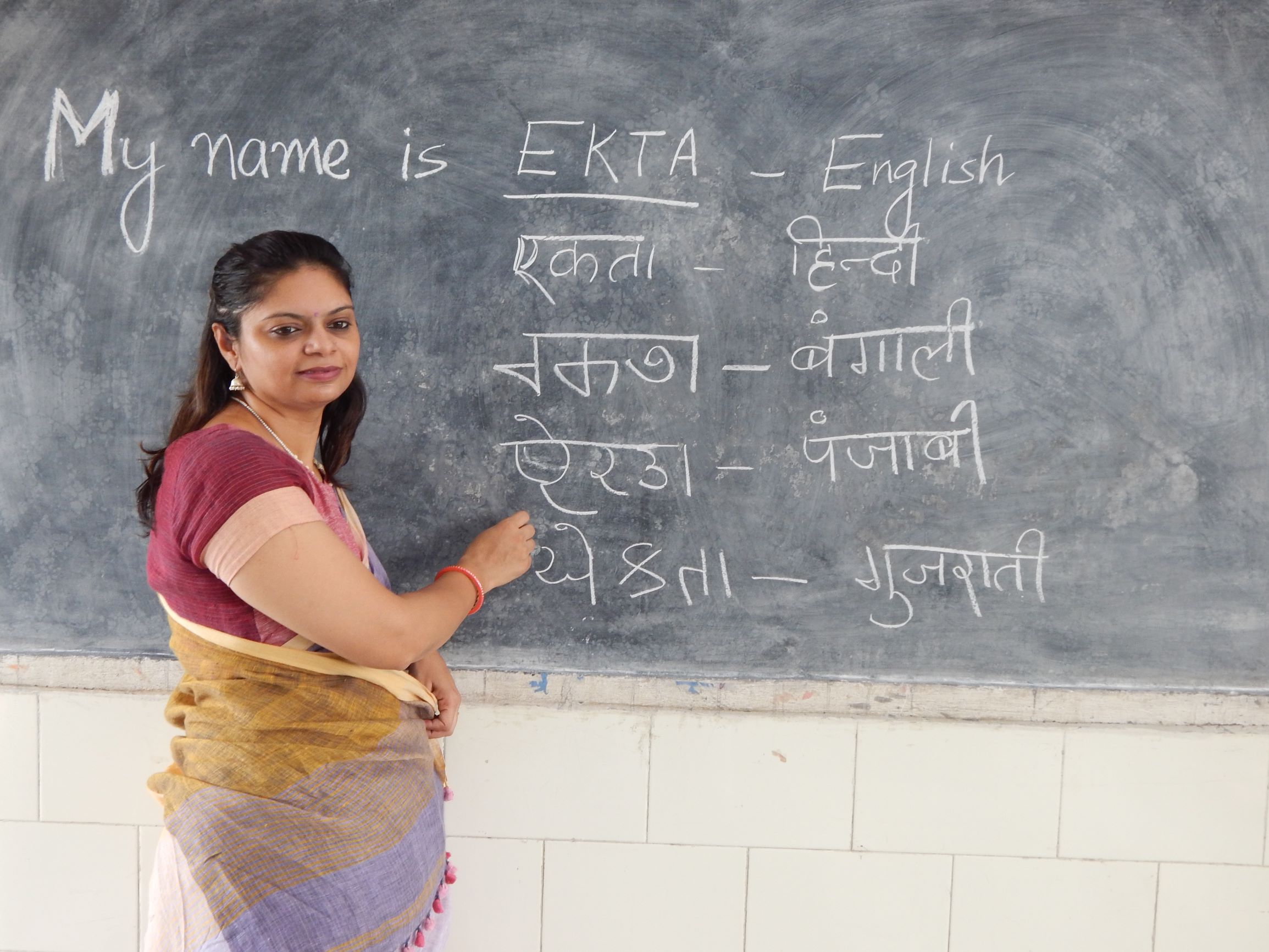 In many parts of the world, multilingual classrooms are the norm. In most countries in South Asia, in West, East and Southern Africa, in parts of East Asia and increasingly in Europe, teachers work with groups of students who speak many different languages at home. While the medium of instruction for schools may officially be designated as the national language (or in some cases other languages such as English or French), in reality, multiple languages are used to mediate teaching and learning.

Schools in India are a classic example of this multilingualism that many students experience. In a single classroom – particularly in urban areas – there may be more than 20 different home languages represented by the students, and the teacher is also often likely to use a home language that is different to the official medium of instruction. It is rather uncommon for a lesson to be conducted in a single language, with the exception perhaps of some of the most elite English medium schools.

There are many reports from teachers and academics about this hybrid use of language in the classroom, but relatively few studies have sought to quantify this language usage or explore the different ways that they are – and can be – best used to promote learning.

The University of Cambridge has led a four-year project – Multilingualism and Multiliteracy (MultiLiLa) – working with a consortium of partners in India and the UK to investigate these issues.* The final research reports have recently been published, including a summary version. The project explored the development of multilingual children’s abilities in English medium versus regional medium of instruction schools in India. In addition to testing learners’ cognitive, literacy, and numeracy skills, it also observed their maths and English lessons to try to identify patterns of language usage in the classroom by both the teachers and the students.

Research was conducted in three sites in India – Delhi, Bihar and Hyderabad – between 2016 and 2020. Some 2500 learners were tested at two-time points, surveys were completed of the learner and teacher language backgrounds, and 104 lessons were observed across the three locations. Classroom observations focused on maths and English lessons and took place in two groups of schools in each state: those that officially use the state language as their medium of instruction and those that use English. We were interested to explore whether the patterns of language use differed in terms of the location, the subject taught, and/or according to the different official mediums of instruction employed.

Classroom use of language mixing

In all of the lessons observed, the teachers used multiple languages as an informal strategy to support learning. What we refer to as ‘language mixing’ (but elsewhere described as code-switching or translanguaging) was used much more frequently than the official medium of instruction alone. Our findings reveal the overwhelming presence of this practice particularly within both urban sites (Delhi and Hyderabad), truly reflecting the multilingual and multicultural student groups and their language needs in the pedagogical context. Overall, language mixing was predominant in both English- and regional language-medium of instruction contexts in English classes, but less so in maths lessons.

We know that language mixing can be used for a variety of reasons including: improving understanding of concepts, because of the absence of equivalent terms, to develop or retain identity or for socio-cultural expression, to accommodate the listener or speakers’ proficiency in one of the languages used, or simply for the pragmatic reason that it might be quicker to explain something in one language than another. Teachers are likely to switch between languages for all of these reasons. However, our observations suggest that there is relatively little structure to this mixed language use and that more purposeful use of translanguaging or language mixing could benefit the learning process.

A further finding from the classroom observations in the MultiLiLa project was that the majority of lessons observed involved mainly teacher-centred practice that did not encourage children to demonstrate their understanding or skills in a meaningful way. This ‘chalk and talk’ approach to teaching is well documented elsewhere. However, we believe that in terms of supporting learning outcomes, increasing teachers’ awareness of the way that languages are and can be used in the classroom is equally important to developing skills in approaches that promote deeper learning.

Research from elsewhere also tells us that teachers often feel quite conflicted about their language use – that use of a language other than the stated medium of instruction is somehow deviant (and in some cases strongly discouraged by their school’s administration) (e.g. Anderson and Lightfoot 2018). This does little to encourage teachers to think more actively about how they might structure the use of language in their lessons.

The MultiLiLa project team initiated a pilot project to investigate further these issues with a group of teachers in Hyderabad. As Heugh (2018, pg. 11) writes, ‘there is everything to gain from legitimizing what is a common practice among teachers and students rather than stigmatizing what is an authentic and dynamic language practice.’

The pilot had four main components. First, we initiated a workshop with 22 teachers to understand better their beliefs and attitudes in using different languages in class. We also explored a variety of possible multilingual activities to support teacher-pupil interaction and the teachers created action plans relevant to their specific contexts. Following this, we conducted phone calls and classroom observations with a smaller group of eight teachers to document and analyze the extent to which the teachers were able to implement their ideas.

We found that overall these teachers work in highly variable contexts, even in a single city, particularly regarding the children’s socioeconomic backgrounds. The need for home language use in multilingual classrooms can vary from the very practical sense of supporting learning where target language levels are low, to the more ethical reasons of wanting to promote diversity and secure learners’ linguistic identities.

As described above, the combination of a focus on language choice and usage alongside the adoption of learner-centred teaching practices is important. We saw evidence of both of these aspects of teaching being explored and developed by the project participants, although the levels of proficiency in the different languages of both the teachers and the learners are factors that need to be taken into account. Figuring out strategies that will enable learning of key content for all children, while simultaneously developing language skills in a meaningful way in a mixed level classroom, is undoubtedly a significant challenge and one that many teachers in India and elsewhere are facing every day.

Language mixing is a common feature of all classrooms observed in Delhi and Hyderabad. However, teachers remain unsure of how to use other languages in a supportive manner, and many are concerned about needing permission to do so. Limited skills in the medium of instruction can also affect teachers’ abilities to successfully use more learner-centred strategies in their classrooms, increasing dependency on rote learning and therefore shallower learning of key concepts.

We believe that in multilingual contexts, language mixing in classrooms should be accepted, developed, and adopted across at least the primary school years to ensure that children can build on multiple language resources in order to develop good reading and aural comprehension as essential skills for learning across school subjects and for conceptual understanding. This is particularly important in contexts where the official medium of instruction is not the home language of the majority of the students.

Provision for training teachers is essential, focusing on how to successfully integrate multilingual methods when preparing, organising, and structuring lessons so that languages are switched at particular points of lesson delivery and classroom activities. This can lead to more supported learning for the students, scaffolded language learning, and better comprehension of key concepts.

The project’s continuity is also supported by classroom films of three of the teachers, depicting different ways of promoting a multilingual culture in class. These films are available via the MultiLiLa project website along with short commentaries highlighting their main features. This resource serves as a useful window into real classrooms and how multiple languages can be used to support learning.

END_OF_DOCUMENT_TOKEN_TO_BE_REPLACED

Chair of English and Applied Linguistics